Rink 1 at the Bloomington Ice Gardens was designed to operate seasonally back in 1969.  With the expansion of hockey in the Twin Cities, this rink soon became one of the premier hockey centers forcing it to operate on a year round schedule.  The facility was originally constructed with a Holmsten direct refrigeration system, one of the most common and efficient ice systems at the time.  But year round operation and age took its toll on the ice system over the years.

In 2006, with an aging ice system and obvious concerns with frost build up beneath the ice rink floor, the City of Bloomington hired B32 to evaluate the existing ice system and design improvements.  After considering alternative systems and salvaging and reusing the existing equipment, B32 designed an industrial grade refrigeration system that will last long into the future.

The project challenges not only included a very small mechanical room, site drainage outside of the mechanical room (of which B32 designed site improvements), and a tight project schedule, but also deep layers of frost that required removal before the new ice rink floor could be constructed.  B32’s knowledge with ice rinks, renovation projects, scheduling and soils played a key role in the project’s success. 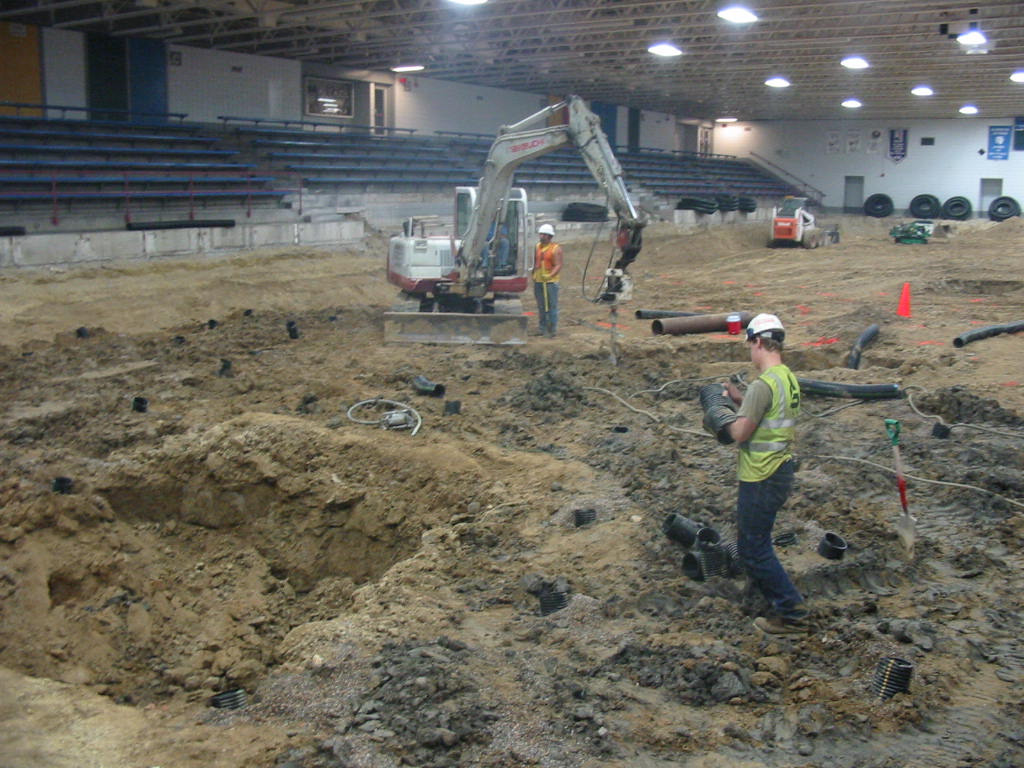