The state-of-the-art, 2,222 capacity, Class of 1965 Arena is the new home of the Colgate men’s and women’s ice hockey teams. The ice surface in the arena will be known as Steven J. Riggs ‘65 Rink in honor of the former men’s ice hockey team captain. Riggs was killed in combat in Vietnam in 1968 and was inducted posthumously into the Colgate Athletics Hall of Honor. 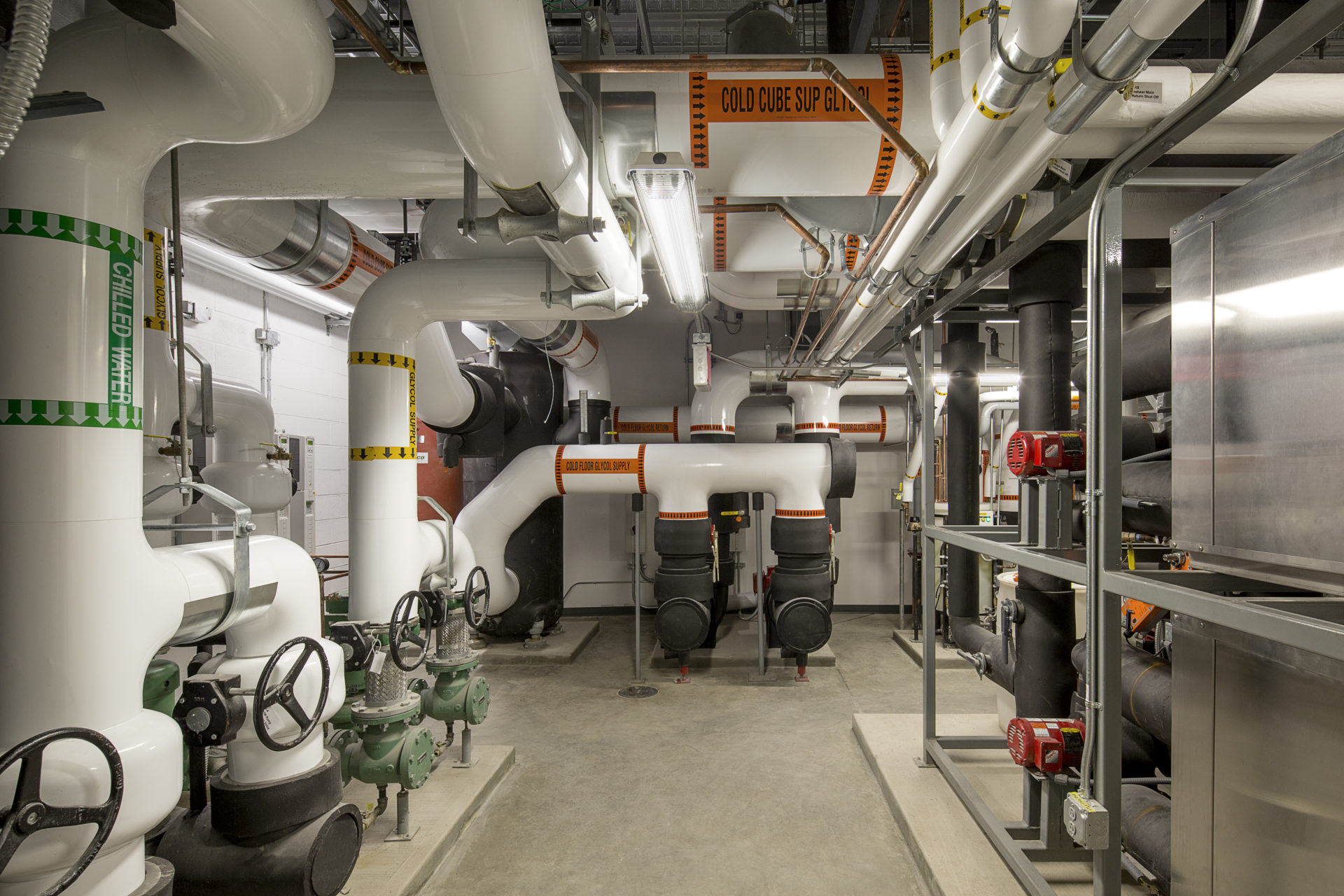 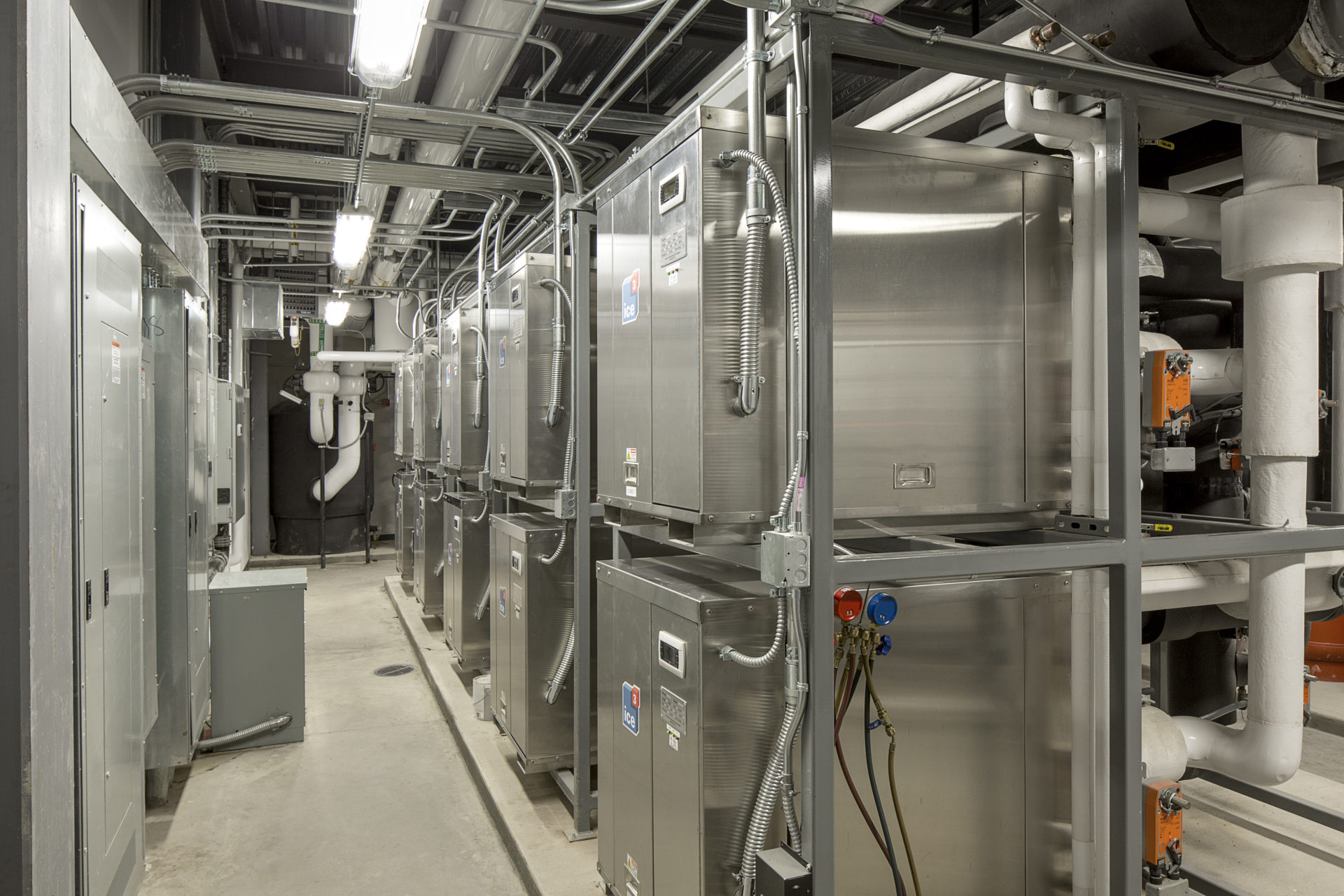 The ice rink industry continues to be challenged by the increasing restrictions and phase-outs of synthetic or artificial refrigerants that adversely affect the environment and finding suitable substitutions. Finding an environmentally friendly solution to the ice system that would be serving their new state-of-the-art ice arena facility was very important to Colgate University. B32 Engineering Group was hired after initial discussions with other design firms failed to identify an acceptable solution. Given the proximity of this facility to campus and to student and residential housing; ammonia, a natural refrigerant, was not desirable to them.

B32 Engineering Group incorporated a modular heat pump type system that uses the synthetic refrigerant R-410A refrigerant but in much smaller quantities than typical refrigeration systems used in these facilities. These types of systems typically require lower flowrates than are needed to keep the 17,000 square feet of ice frozen so additional design challenges had to be met to provide the ice quality and performance required for a Division 1 college hockey program. In the end, B32 Engineering Group was very successful in meeting the environmental, performance and maintenance goals of the University for the ice system.