Yost Ice Arena is located at the University of Michigan-Ann Arbor and seats up to 5,800 people. Originally built in 1923, it has since undergone many renovations.

B32 worked with the University to remove and rebuild the existing rink floor to facilitate replacement of refrigeration piping, make minor architectural changes in the ice equipment room, enclose the existing Zamboni flood water treatment system, extend the wall in the Zamboni area to increase separation from the west concourse, expand the existing snow melt pit, and the construction of two new brick screen walls at the south façade of the building to enclose the cooling tower and dumpsters.

This project also included the replacement of existing ice, dasher board and related mechanical systems in this 1920’s historical building. The design included extensive ammonia safety systems such as an ammonia scrubber system, vent walls, enhanced ventilation, a detailed gas monitoring system, a static diffusion system, minimizing the ammonia charge in the system, and more. The architectural elements included two tiers of screen walls for exterior equipment and a trash container.

Through careful planning and a thorough review of improvement options, the University will substantially reduce their carbon footprint by eliminating 6,000 pounds of ozone-depleting R-22 refrigerant. The design was completed in 2014 and construction was completed in 2015.

B32 is also assisting the University and its emergency preparedness and process safety management team. 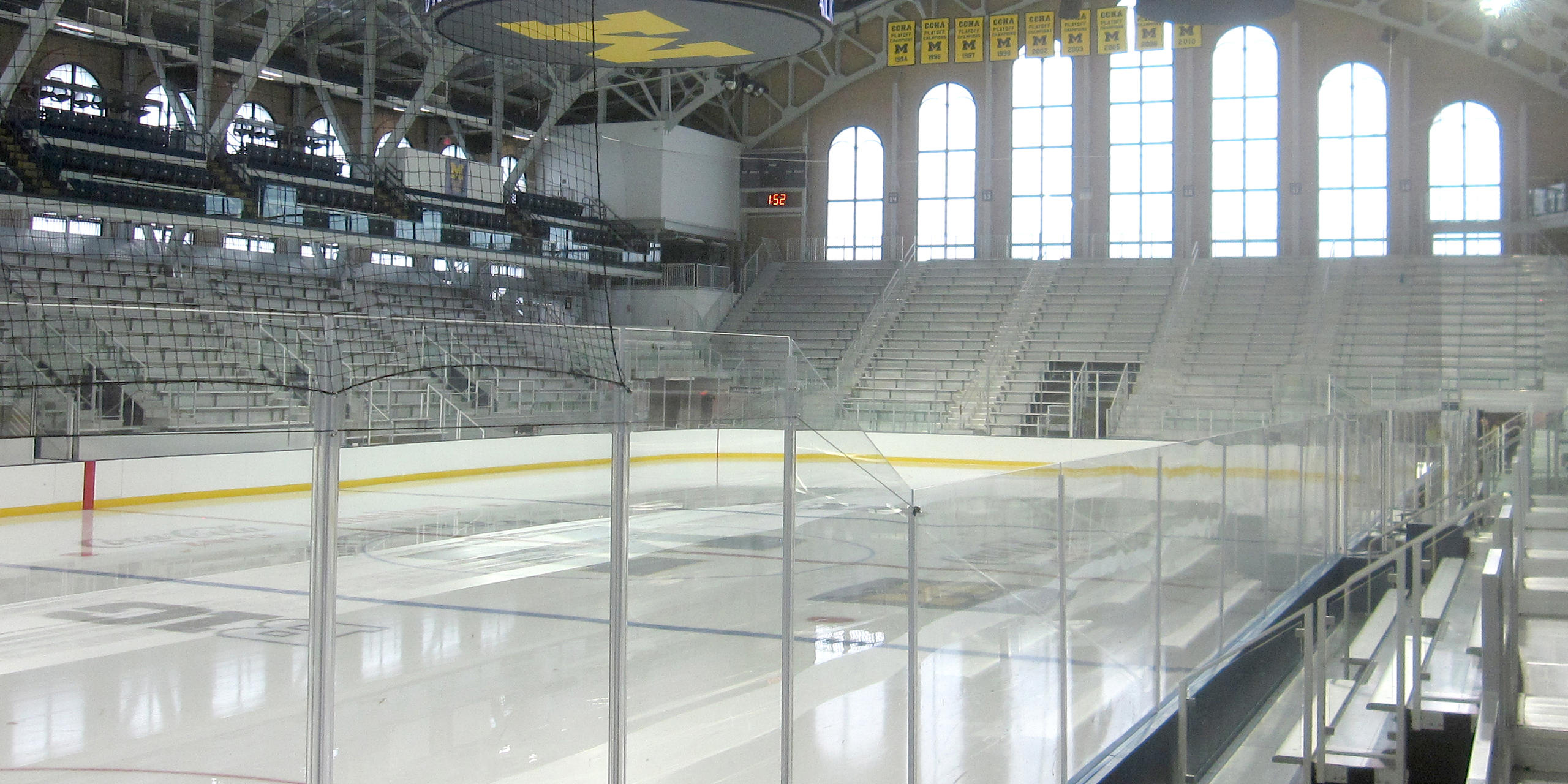 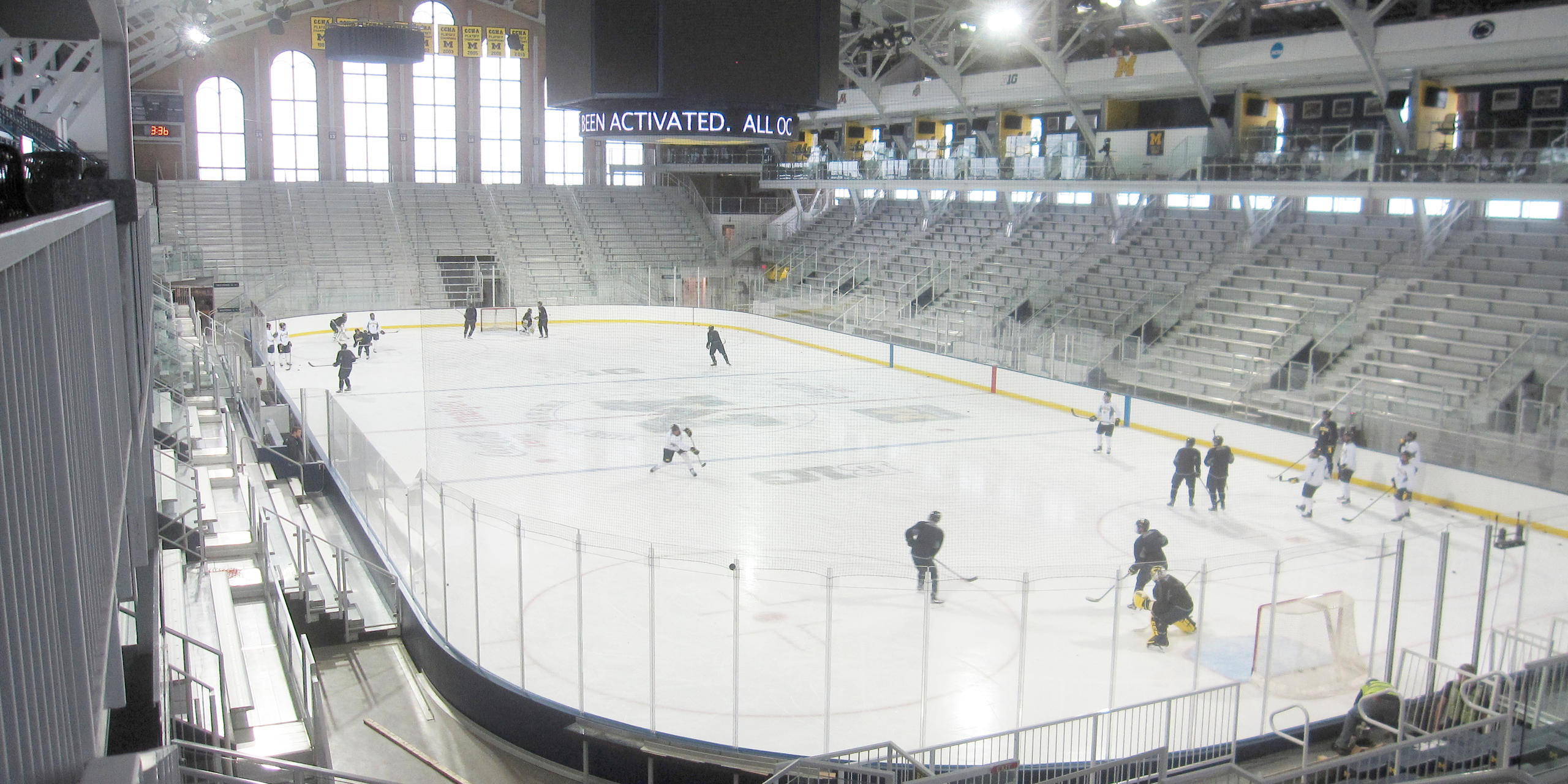 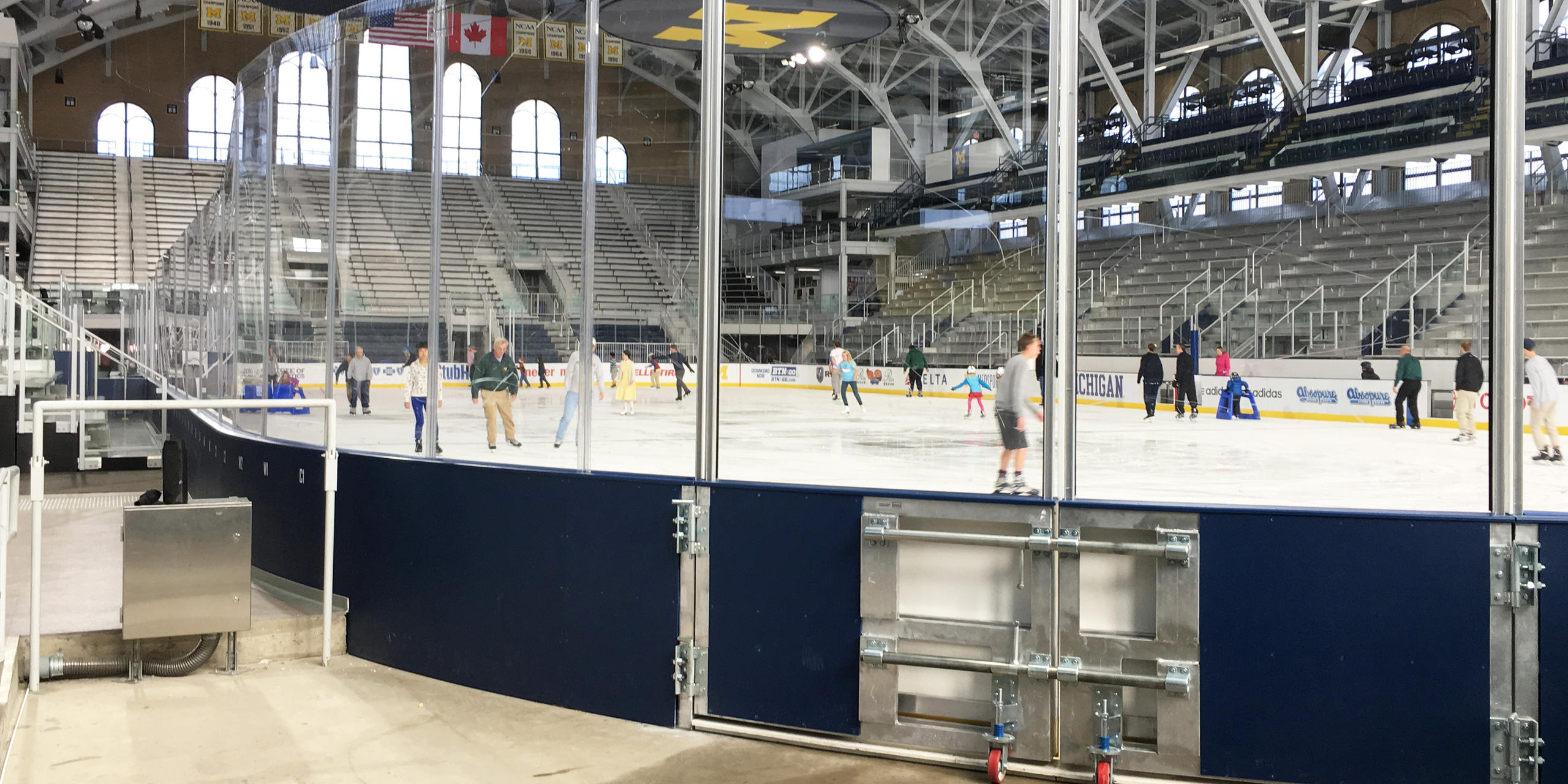